Writer, Pello Guerra: “The story of “La Escondida” (The Hidden) came to me in a package from Shanghai and I was hooked” 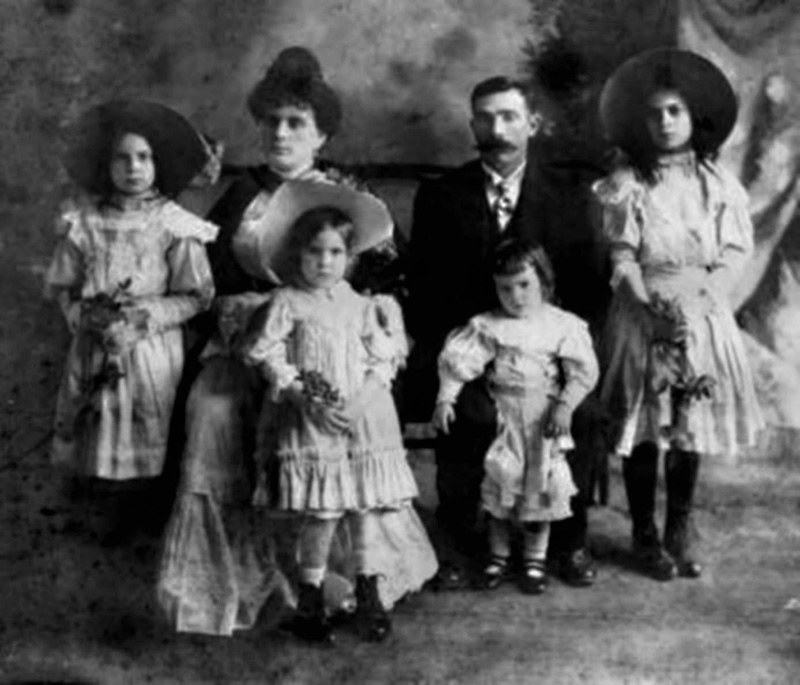 The family of Guinea Lopez de Arana in Mexico, during the better times at La Escondida (photo Javier Castro)

The historical novel, "La Escondida: A Revolution among Sugar Canes" tells the story of the ups and downs of a family of immigrants and Basque ranchers in Mexico in the early twentieth century. Romance, class struggle, revolution… the book allows the reader to dwelve into a turbulent period, with the help of some real characters. A gripping story that came into the hands of writer Pello Guerra, also in a novel way: in a package from Shanghai from one of the descendants of one of these characters.

Bego Miñaur/Iruña-Pamplona, Navarre. Pello Guerra is a prolific writer of a historic series on the Kingdom of Navarre, but his most recent novel, “La escondida. Una revolución entre cañas de azúcar” (La Escondida: A Revolution among Sugar Cane) jumped to Mexico at the beginning of the century thanks to some Basque immigrants: Marcelino Guinea and his wife Antonia Lopez de Arana.

These Basques from Araba travelled to Mexico in 1905 and worked for the Aguirre House, a huge sugar cane plantation that was also owned by Basques, located in Nayarit, on the country’s West coast. Settled and established in Mexico, when life seemed to finally be smiling upon them, the revolutionary struggles began. The couple is immersed in this historic moment, thath, on the one hand, threatens their way of life, but they can’t help but sympathize with the peasants demands. “Antonia reminds her husband that they shouldn’t forget the misery that they also had to endure”, says Guerra.

A package from Shanghai

The genesis of the book is as thrilling as the adventures that this family experienced, and started with a package that was sent to Pello Guerra from Shanghai.  “A reader named Javier Castro wrote me to say that he liked my books and he told me the story of his great grandparents, that immigrated to Mexico from Lapuebla de Arganzon in Araba,” the author told EuskalKultura.com.  “Afterwards he sent me the documentation that he had, from Shanghai, where he was working.  My family looked at me strangely, but I began to read and I was hooked.”

Javier Castro was gathering this information on his personal blog, where he published a section on “La Escondida Hacienda – Tepic – Nayarit”. There, he gradually began to receive messages from people who had connections to the plantation. One was the Basque-Mexican Javier Berecochea, researcher, genealogist and creator of a complete website on his family that originated in the Navarran town of Ziga.

Berecochea sent Castro a lot of information on La Escondida, and finally the virtual “La Escondida” family was complete with the contribution of historian Josu Ruiz Gordejuela, the author of several books on Basque immigration to Mexico.  “Javier Berecochea is the great grandson of a Navarran that also worked at the Aguirre House.  The difference is that his family stayed there,” explained Guerra.  In the case of Castro's family, anyone wanting to know what happened to them should read the book.

The author is grateful for the support from this group of researchers, whose contribution has been vital in the creation of the book: “I always say it is a book written by many.  They brought a lot of information and also gave me permission to publish the story using the protagonists’ real names.”

Actual events and fictionalized parts go hand in hand in the book, so it is sometimes difficult to know when one starts and the other ends.  For example, “Javier Castro was contacted by two grandsons of General Buelna, one of the historic personalities in the revolution that appears in the novel. Buelna was the boyfriend of Maria Luisa Sarria, daughter of the Basque accountant at the Aguirre House. Her parents wanted to take her to Bilbao, to interrupt her romance but, according to her grandson who lives in Sweden, Buelna rescued her and they were married in the middle of the night.  Stuff from movies, right?  Well, eventually we found their marriage license, and there it read that indeed they were married at one in the morning,” Guerra said.

The novel was published by Astero and can be purchased online or in bookstores like Elkar and Hontza, for example.  “We are now looking for a publisher in Mexico, because we think that it is a historical novel that allows us to get better acquainted with the time of the revolution in Tepic and Nayarit and the experiences of these Basque immigrants,” he concluded.