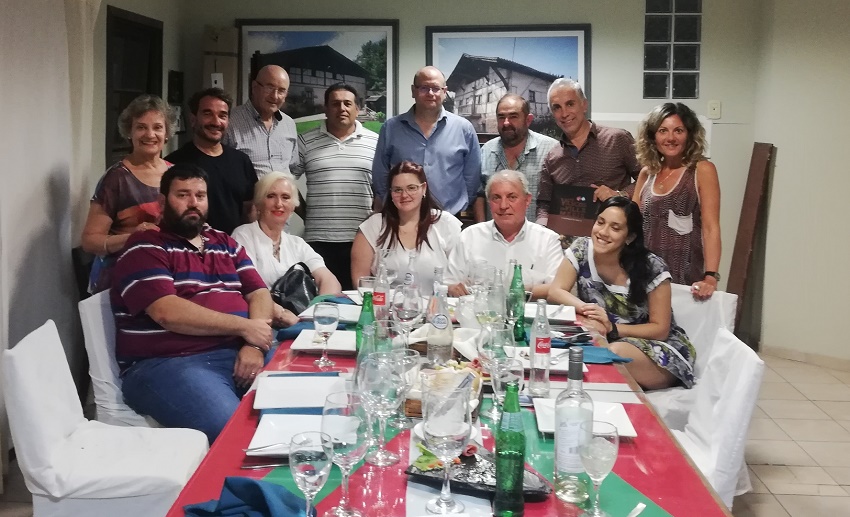 Villa María, Argentina. The local Basque club welcomed Jorge Alvarez, director of Polo Audiovisual of Cordoba; Antonio Pita, production director of Prisma; and Marcelo Ortega from Andes Film to the clubhouse.  The aim of the visit was to get to know the area and to seek support for the film The Basque that focusses on the Basque Diaspora to be filmed in Villa Maria, Mendoza and Donostia in the second half of the year as part of a Basque-Argentine production.

According to the El Diario del Centro del País, “the full-length film will be directed by Xabi Zabaleta and Jabi Elortegi, two well-known filmmakers on the Basque scene.  It will be a dramatic comedy, coproduced by Prisma Cine and El Oeste Films.” The production will have the support of the province of Cordoba and the advice of local director Mario Pedernera.

Members of the Euzko Etxea made themselves available of the filmmakers, especially in regard to finding materials to create the atmosphere.  The film, that discusses Basque immigration to Latin America, will star Alejandro Awada, Inés Efrón, Muriel Santa Ana and Eduardo Blanco, among others.