The Delegate of Euskadi in Argentina-Mercosur, Sara Pagola, at the launch of the Spotlight Program 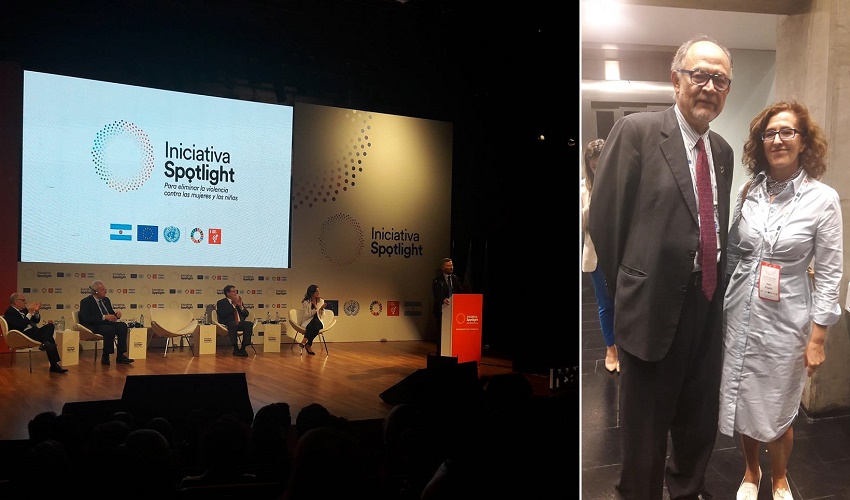 Sara Pagola at the launch of the Spotlight Program in Argentina

Buenos Aires, Argentina. The Spotlight Program is the product of an alliance between the European Union (EU) and the United Nations (UN) and seeks to “prevent, address and denounce,” violence against women.  The initiative focuses on “the most extreme expression of violence which is femicide,” and pay special attention to “domestic violence, sexual violence, human and sex trafficking, economic and labor exploitation.” The launch took place in the CCK attended by the President of the Nation, Mauricio Macri.  The Delegation of Euskadi was represented by Delegate Sara Pagola.  Photos are available here.

The Delegation of Euskadi is actively accompanying campaigns in favor of gender equity and against violence.  Among the events attended by Pagola include, the opening of the "Being Women in the ESMA," exhibit that addresses gender violence and sexual crimes committed in the clandestine detention center during the last military dictatorship.

Institutions and Basque clubs that would like to include specific material in regards to the theme of equality can receive it from the Delegation these include the exhibit “Transforming Looks,” comprised of different material from different awareness campaigns promoted by Emakunde, as well as the documentary “Fly.”