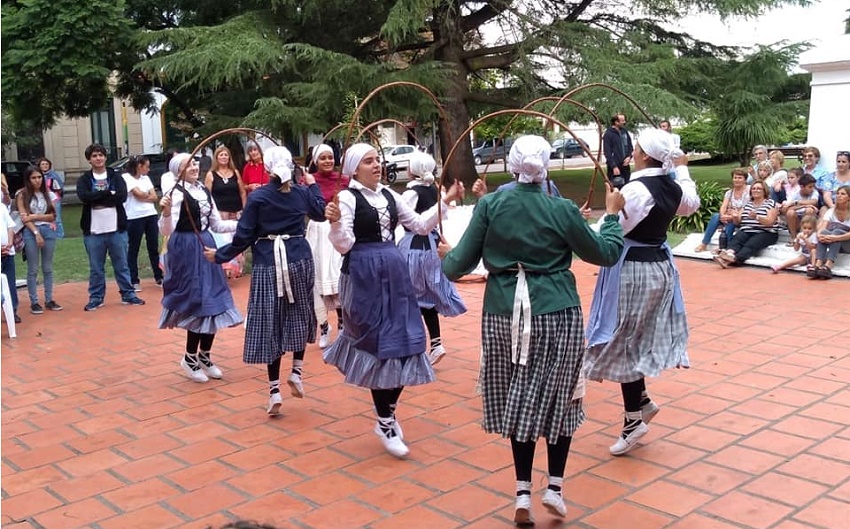 Chascomús, Argentina. After summer break, mid-March marks the beginning of activity at Basque clubs in South America.  In the case of Zingirako Euskaldunak in Chascomus, this included participating in the 20th anniversary of the Luminares Day Center.  The festivities took place in Independence Plaza on March 17th.  The club’s youth provided an ample dance repertoire that they not only performed but also invited the public to join in.  Photos here.

The Zingirako Euskaldunak Basque Club, its dantzaris, and Basque students have returned to classes and practices for 2019.  Dance practice is held on Saturdays beginning at 3pm.

Basque classes will also begin soon along with mus and the peñas.  In regards to the latter, the women’s peña already began on March 16.