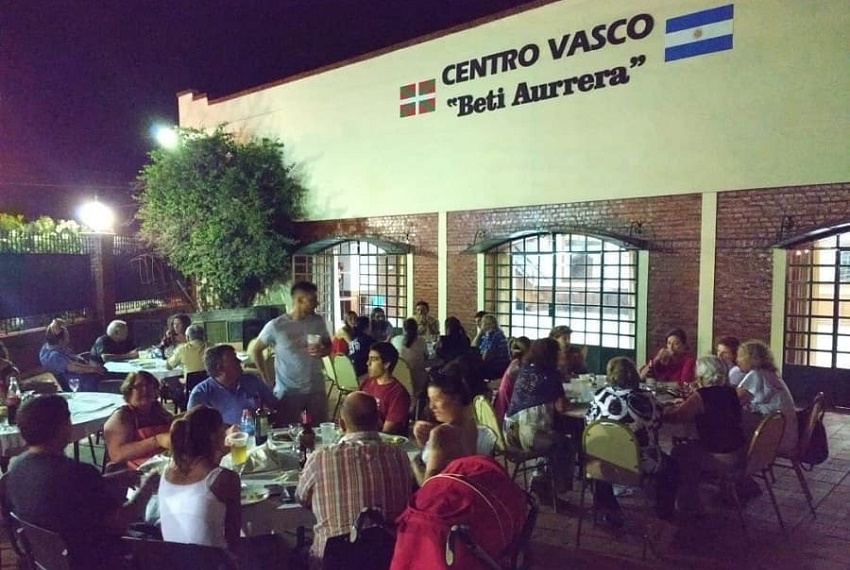 Chivilcoy, Argentina. After the short summer break, the Chivilcoy Basque Club resumed its activities at the beginning of February, to get ready for the year’s events, including one of the most significant events “Buenos Aires Celebrates the Basque Country,” that will take place on May 12th.  For this occasion, Beti Aurrera organized a Basque-Argentine cultural trip for 60 people that will enjoy a guided tour of the Colon Theater in the morning, and at noon will participate in the festival on the Avenida de Mayo.  As in previous editions of BAC, the dantzaris from Beti Aurrera will dance on the festival’s main stage.

“Buenos Aires Celebrates” won’t be the only performance for the dancers outside of Chivilcoy.  Next week, April 6-7, they will participate in the Dantzari Gathering in Cañuelas, at the Euskal Etxea along with a large delegation.

Another one of Beti Aurrera’s main activities is its Cooking Group “Amalur,” that had its first meeting in February also preparing for a public gastronomic event in April.  Among other news, the Basque club also announced that it will launch the 7th edition of the “Tree of Gernika,” literary contest also in April.