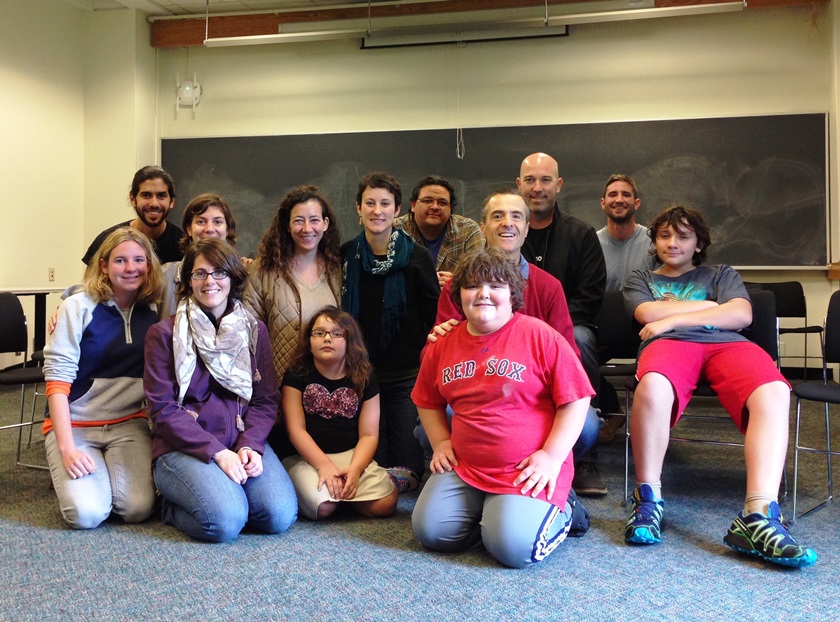 New England Basque Club moved its Basque language classes from Portsmouth to Boston  – “It’s a step forward,” organizer Gorka Ochoa told Euskalkultura.com. “There are more people here and the age difference among the students is not that big.” Twelve students have started the course: six intermediates that will learn the language with Ochoa and another six beginners that will be taught by Idaho native Kattalina Berriochoa.

Boston, USA. Classes will be on Saturdays from 10:30 to 12:30, and they will be held at Harvard University. Before, they used to gather at Rola Academy but due to some inconvenients, they decided to move to this new location.

In the words of Ochoa, a former Gaztemundu participant himself, they mostly use Euskara Munduan material, and conversation is an important part of the classes. “We want to make them as entertaining as possible.” On top of that, Berriochoa has two students aged 7 and 11 that, as she told this bulletin, “really want to learn and, even though they sometimes get distracted, they're doing pretty well.”

Both teachers agreed on not to give students homework, “because that might make student levels uneven.” But the two of them want their students to practice what they learn: “The aim is to use the language so we try to encourage them to speak in Basque with the pelotaris at the events organized by the Club,” explained Ochoa.

Ochoa is a more experienced teacher than Berriochoa and he also started speaking Basque before her but, in Kattalina’s words, “I think that the fact that I am still a student and that I am also American could help me better understand the students’ questions.” “It promises to be a good year,” the organizer concluded.