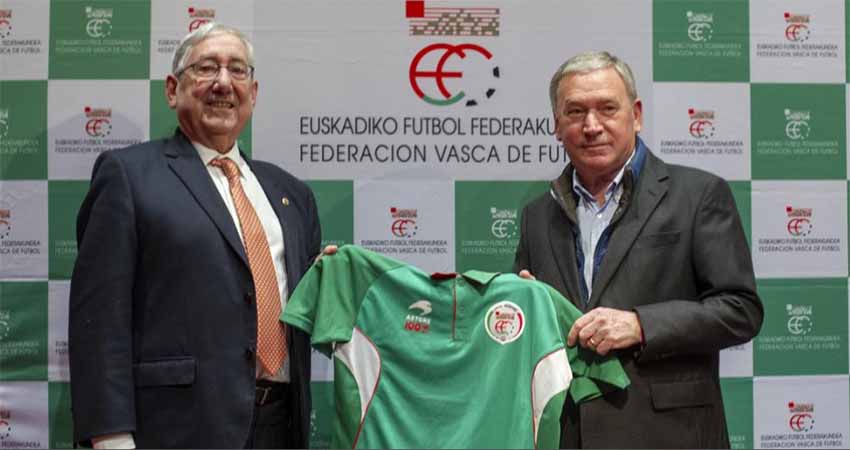 President of the Basque Soccer Federation, Luis Mari Elustondo, and the new coach of the Euskal Selekzioa with the team’s jersey (photo Juan Echeverría-Mundo Deportivo)

Bilbao, Bizkaia. Recently appointed as the coach of the Euskal Selekzioa, the Basque soccer selection, Javier Clemente, has shown that he is posetively in favor of incorporating players from the Diaspora on the team.  The selection’s next match will be against Panama on May 29th at the Rommel Fernandez Stadium of Panama City at 8pm, or 3 in the morning in the European continent, on May 30th.  Clemente said “sure they can be part of the Selection, children and grandchildren of Basques who had to leave their country are also Basque,” and some even “speak Euskera.”

Here is an interview in Spanish on Radio Euskadi (the portion regarding players from the Diaspora begins at 3' 30''):