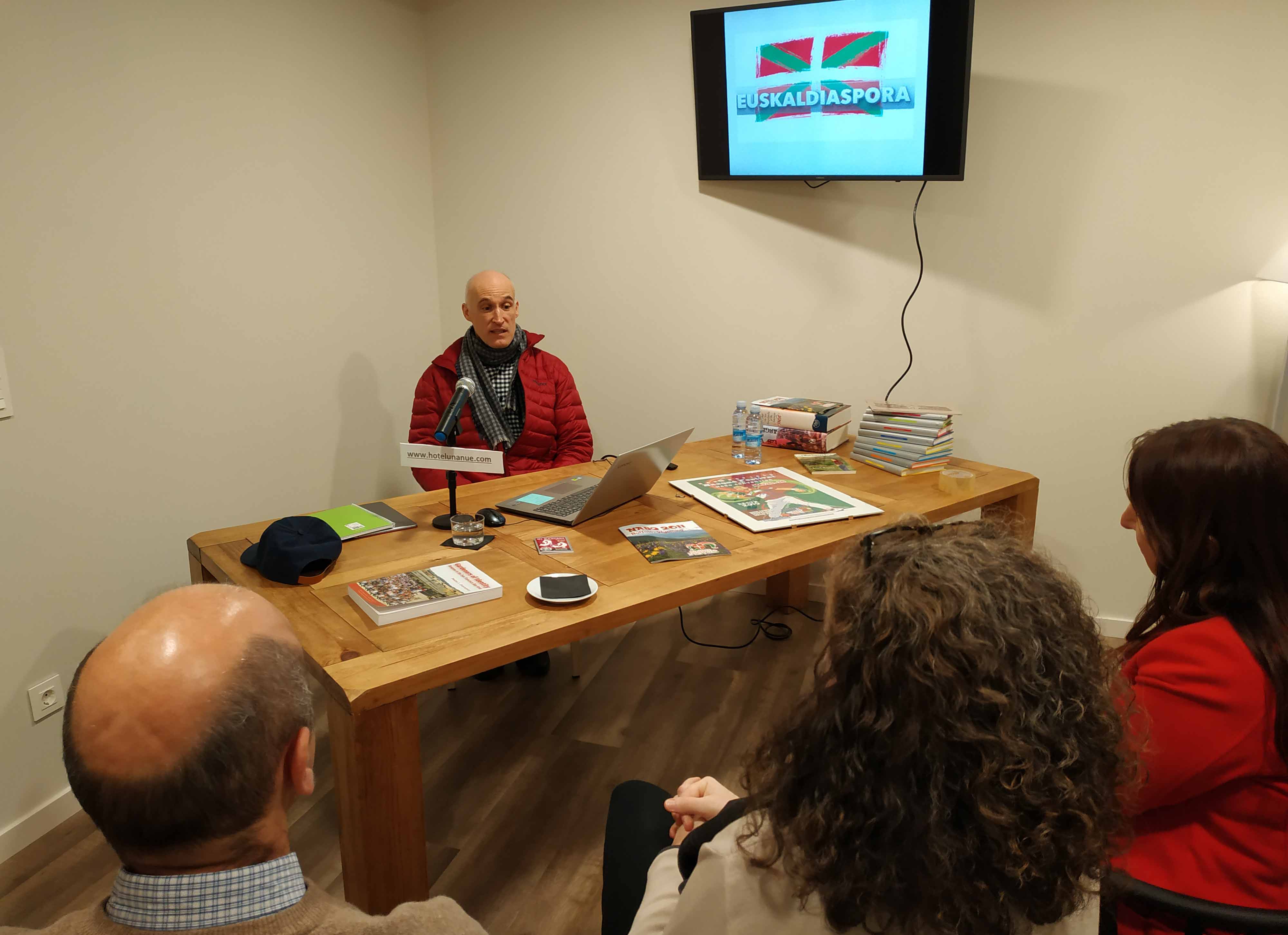 Donostia-San Sebastián. The Basque world, Basque clubs and Euskera instruction in the US was one of the topics discusses yesterday by Aitor Iñarra at the talk that he gave as part of the cultural offerings linked to the Diaspora organized by the Hotel Heredad de Unanue.  Iñarra also talked about the US and the advantages and inconveniences of life in the country for a young Basque, since his perspective as a person who has resided in California for 14 years.

This lawyer from Donostia now living in San Francisco wasn´t in touch the very first years with American Basques circles. Some years later he visited the San Francisco Basque Cultural Center and a while after he became part of its activities as he started teaching Euskera classes. At the beginning in San Francisco in 2009.  In 2014, he becomed NABO Euskera Coordinator. Many of the US Basque clubs include Basque classes supported by the Etxepare Basque Institute through the “Euskara Munduan” program.